I’ve always felt a deep affection for cats and it’s not just that they make great pets (even if they claw you and hate you most of the time). Rather, the fact that they have so many different types of personalities- unique only to them- which always keep one entertained . That’s also probably why images and videos of cats make up some of the most viewed content on the internet. Similarly, this piece will contain images of cats and how they reflect A level moods through their “crackhead” energy because I believe we can all agree on how sometimes, cats just malfunction. Having more pictures of cats in these situations than I have of myself altogether, I figured it was time they were put to good use so here we go ( and yes, I ask for forgiveness in advance to all dog lovers for the inherent biases of this article): 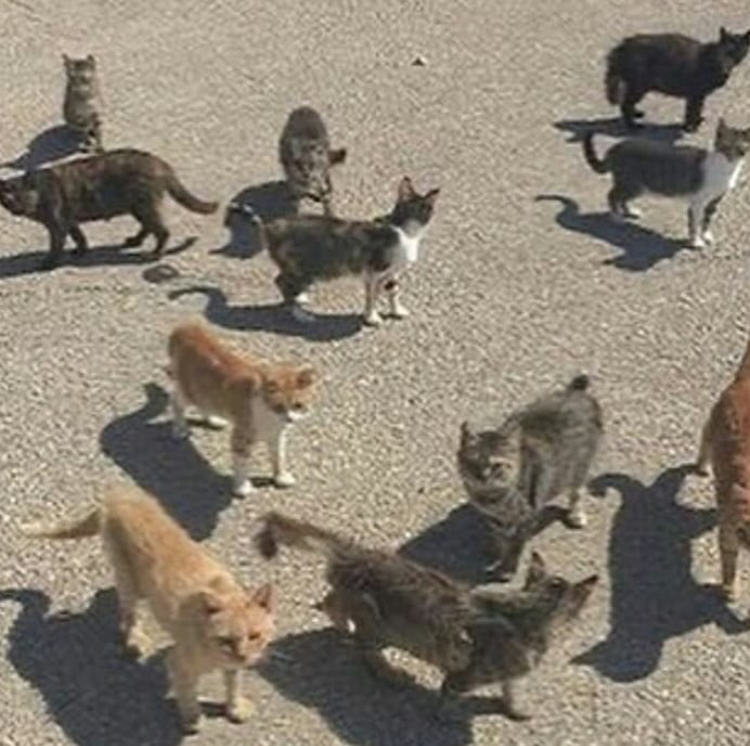 This is the crowd that can be seen right before an assembly. Students don’t quite know what they are doing in the ground but they all sort of assemble. Is someone going to give a treat? Is there an announcement? An awards ceremony? They really don’t know; even though murmurs can be heard overall, no certain conclusion is reached. The fun part is that no one is ever bothered by the lack of a goal because they all just accept that their life has no purpose and go on with their existence. I’m afraid to say this happens a little too often. 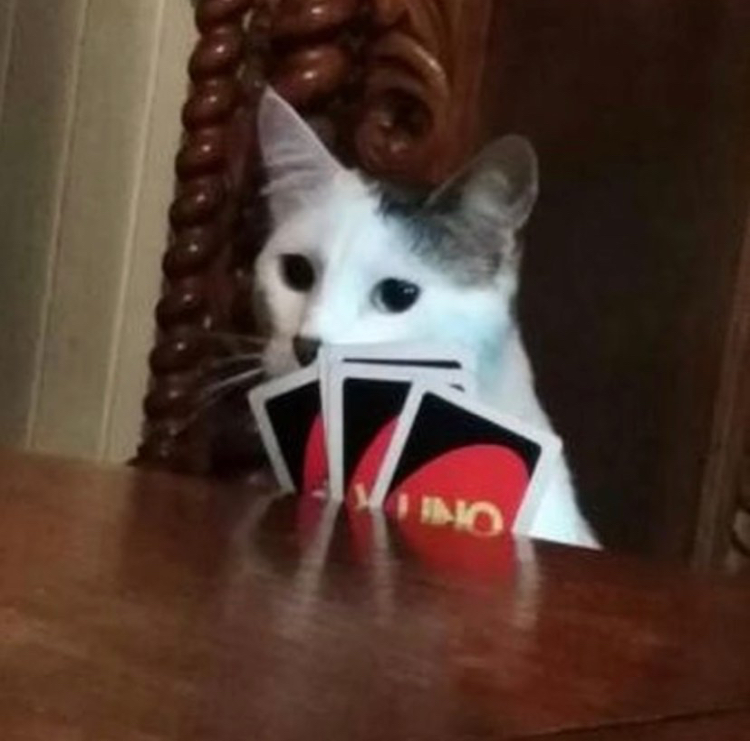 These are the mad lads who have no worry in the world except for, of course, possibly getting draw-foured right before they are about to call uno. Suspiciously trying to keep their cards hidden while slightly glancing over to see the other person’s cards, they try to act innocent but everyone is wary of their motives. It’s a game that will decide the big brain strategist and everyone takes it very seriously because if you become the uno master, you are officially the greatest amongst all. 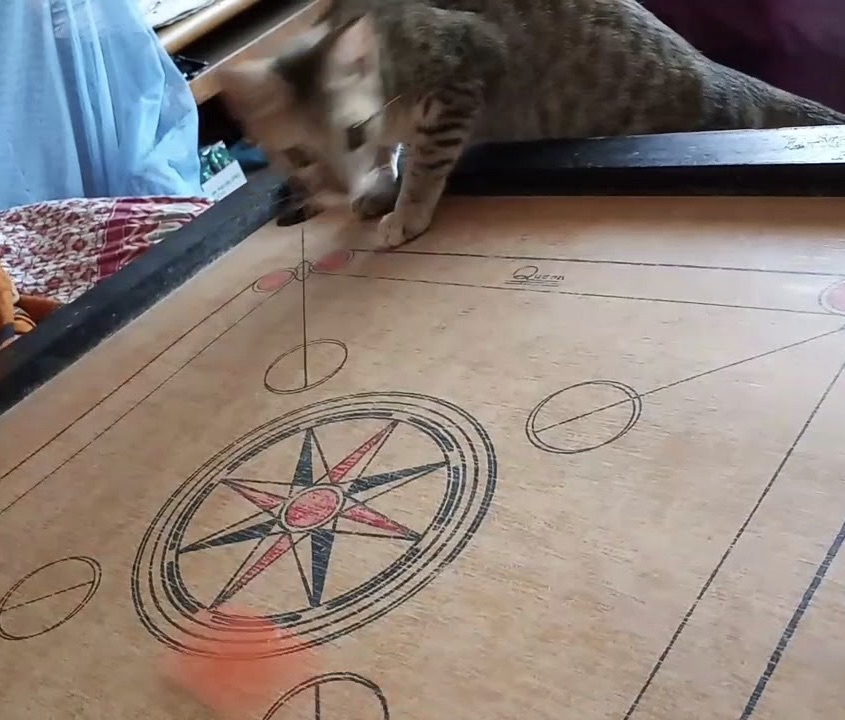 These are, without a doubt, the bravest people on campus; they dare to play carrom without any powder and they already know their fingers are going to hurt afterwards but they still keep the game going without compromising on the rules. Among the players, we have: the student who is actually good at the game and use all their brain cells to figure out the physics of doing a parallel shot, one who randomly gets some points from his lucky trickshots, one who is actually just terrible at the game and keeps raging, and the last one who is just playing for the memes. Things start to get really hyped when these players actually decide to team up and do a 2v2 game. Legend has it that even Mrs.Rashid and Ms.Gullie once came to watch a carrom game and it was the first time the ground maintained pin-drop silence. 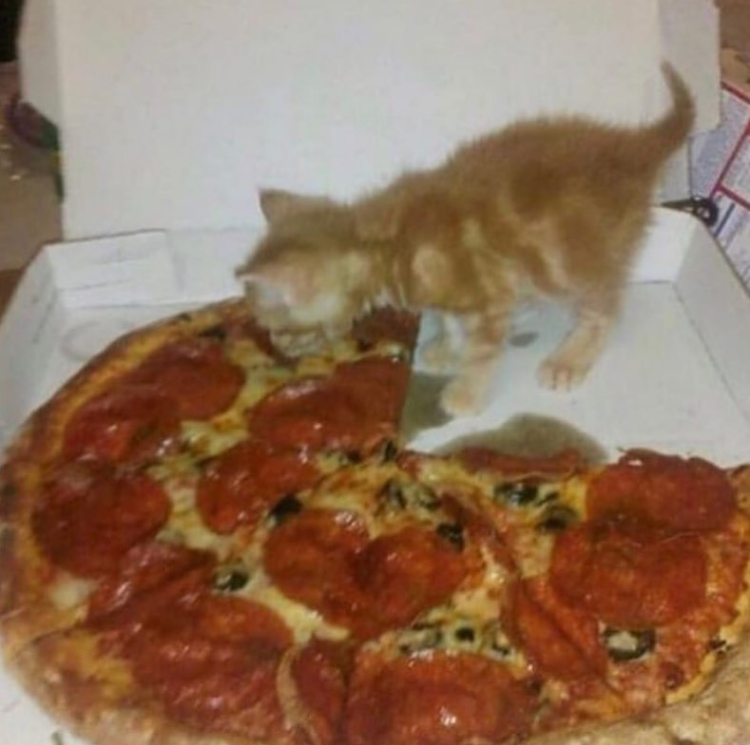 You already know who these people are because it’s very easy to spot them carrying boxes of pizza from the gate to the ground almost every other day. The interesting thing is that it’s not limited to pizza or savoury foods only; pastries and cupcakes can be seen around campus and since the canteen remains closed, it doesn’t help anyone to see the sweet delicacies being shared around amongst certain individuals. Although, that changed in the last week of school due to the sudden appearance of a small food stall that had less variety compared to your regular khokha but due to the administration encouraging its sales, ordering food came to a halt. However, I can’t say I feel sorry for the loss these individuals have endured. 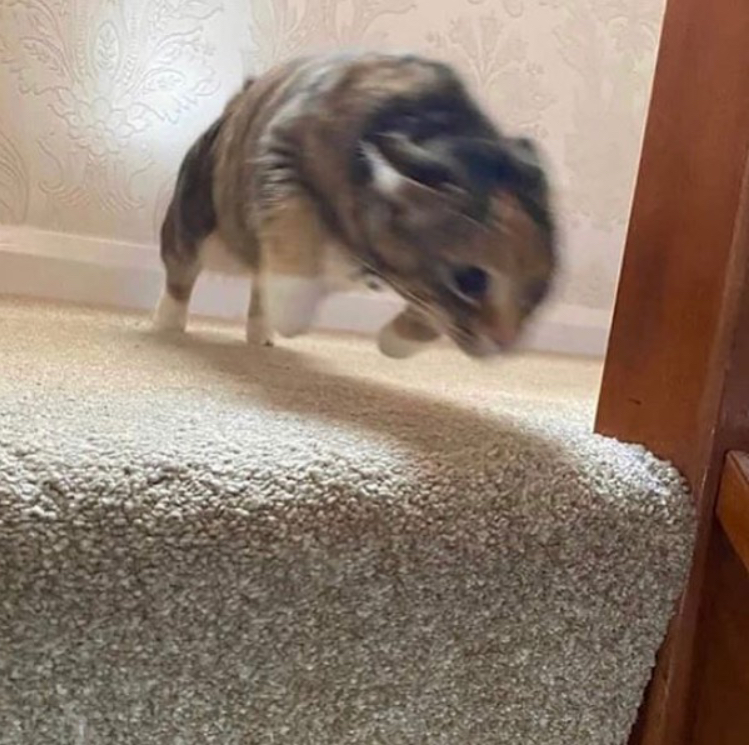 Entering an 8 AM class at 8:32 AM has become a routine for them and despite them trying their best to make it to their class on time, they often get stuck in the “rush in the corridors” because the campus is definitely too big and too confusing to get around. Some teachers fall for their pleas to be let in class while others just ask them to join in the next group’s class because they are aware of how responsible and hardworking those students are. 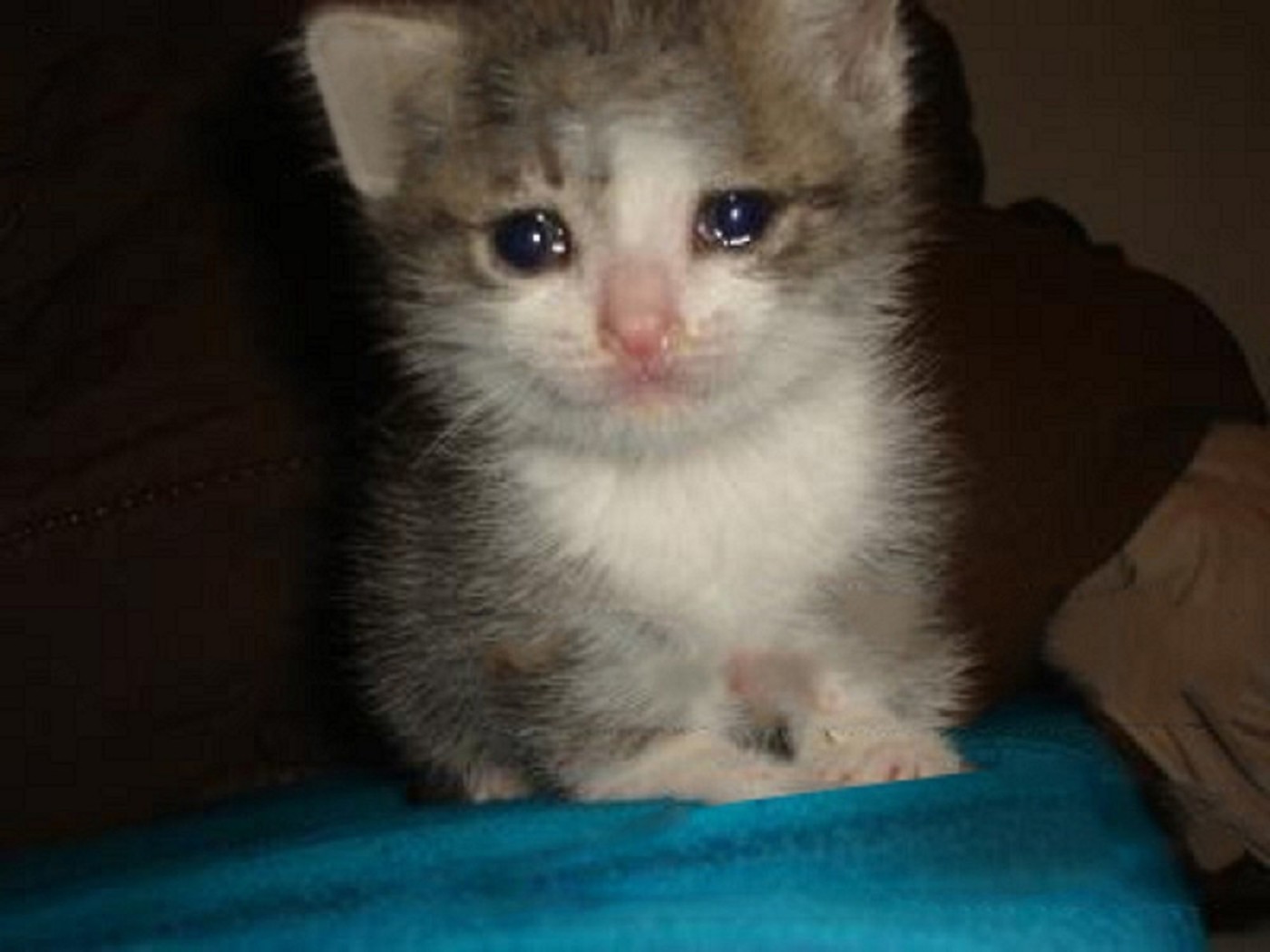 Let’s face the truth, school is not all fun and games because usually, there is always someone who’s having a hard time and they either hide it very well or they simply give up on hiding it. The reason could be anything ranging from a bad morning to frustration in a maths class which almost always leaves one sobbing  (because, while the nerds deny, Maths can get tough and incredibly frustrating at times) to the fact that we are- for an indefinite period of time- once again barred from the experiences mentioned above because of the second wave. Taking the latter into a little more consideration, this catto may just encapsulate all the moods felt not only during online classes, but also when the school randomly decided to bombard the students with assignments and assessments to keep us from holding solace for even a single second in what is already a harrowing time period (sorry LACAS, we still love you). But hey, even if schools do re-open, midterms will be the first to give us their warm greetings, so maybe things aren’t as bad as they can be?

While there are so many more A level moods that can be represented by cats, I’m afraid they will have to wait till another article. Don’t worry, my cat collection still remains filled with meme-y cattos that you shall see very soon.